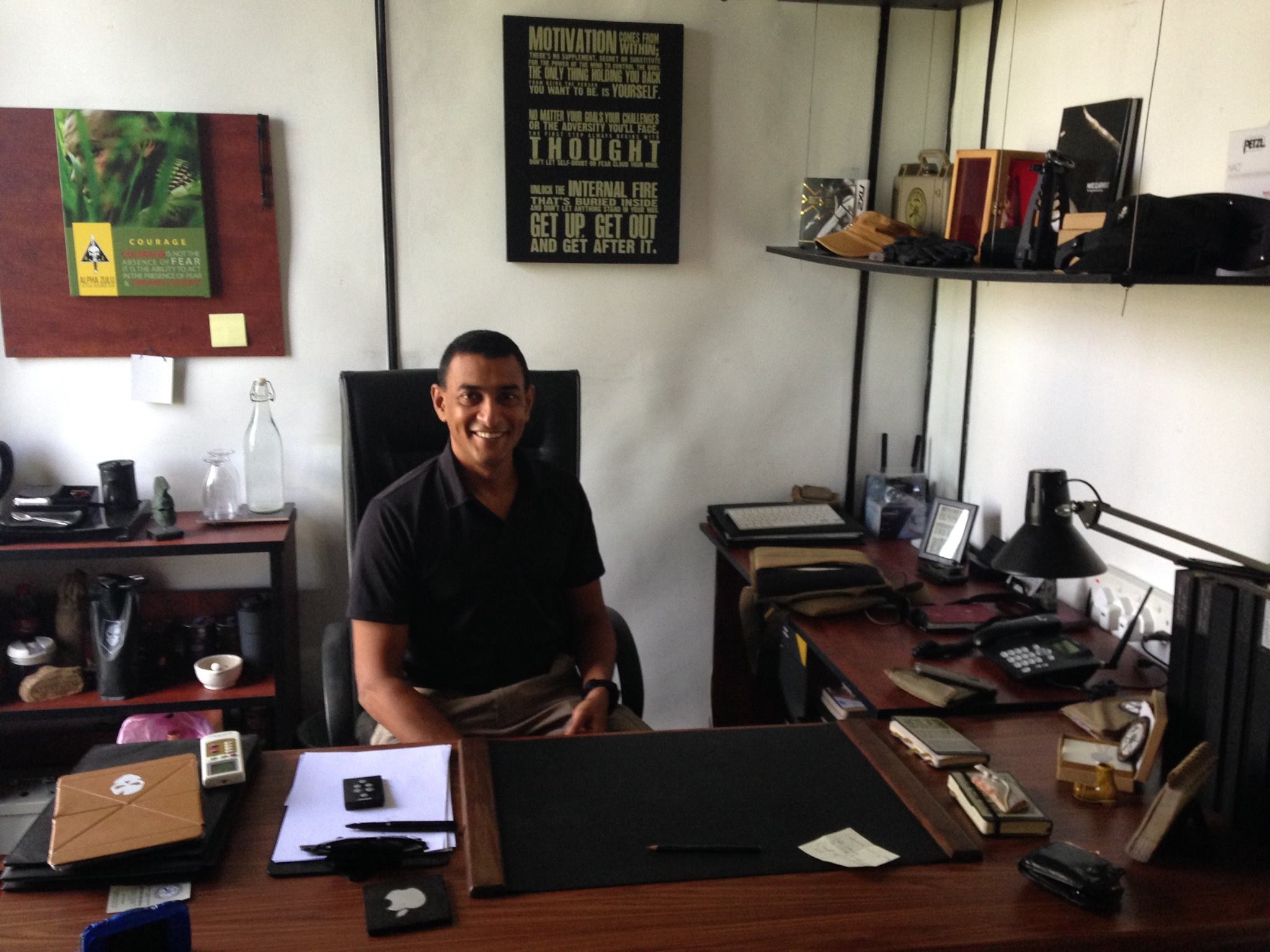 As soon as I awoke, I felt like it was the morning of an exam. I was about to go and meet the owners of a Sri Lankan adventure company in the capital city and explain my expedition. I hadn’t looked at a map in great detail, didn’t know how I was going to get to the source of The Mahaweli, whether there were rapids, water falls and I still didn’t have all the gear I required. To a degree, I like committing to do something before finding out too much about it. Once you find out what the difficulties are, instead of thinking ‘that’s why I can’t do that’, it becomes ‘oh, how am I going to deal with that?’. A little dose of naivety can go a long way.

I hopped out of bed, grabbed a coffee and began poring over the maps on my laptop trying to piece together what would sound like a more professional plan. A delicious and frantic repeat of yesterday’s breakfast and tuk-tuk ride landed me in front of Adventure SEALs, where their sign stated ‘vivo somnia vestra’. There I met Ishan, an assertive man around my age in a khaki shirt, jeans and boots. I was in shorts and flip-flops drenched in sweat. He took me inside and told me Major would soon be in to meet me. Although he had since retired from the military, he still goes by the name, Major. And who could blame him?! I wandered around their shop which was like a military version of Millets or Go Outdoors, every type of adventure tool and gadget imaginable. Even what I thought was a throwing star was actually a multi-use screw driver.

Major arrived and shook my hand with a large smile. Wearing a similar outfit to Ishan, but older and taller he lead me into his office. We sat on either sides of his large wooden desk and he briefly told me of his thirty-nine day walk, in a straight line from the northern tip of Sri Lanka, to the south. Immediately I could tell this was a man I needed to listen to. He seemed less concerned about my planning and abilities to undertake this trip, but more about the permissions I should have obtained. I had no idea. My lack of research was coming to bite me. Apparently I needed permission from the Wildlife Conservation in order to camp in the national parks and clearance from the irrigation department in order to paddle through the reservoirs. My honest thought was that I would just pass through quickly and quietly, leaving no trace and nobody would be any the wiser.

Major asked me if I would consider delaying a month when he could put some of his guys with me, or to attempt the coast first then The Mahaweli after. I thought about this for a few seconds and came to my decision quickly: I would attempt The Mahaweli now. The potential for me completing the coast is totally in the hands of mother nature, I could be stuck on a beach for weeks due to bad winds and have to abandon. But the river, being mostly sheltered, was something I could persevere with. Major told Ishan to immediately begin contacting people they know in the authorities to hurry these permissions along. 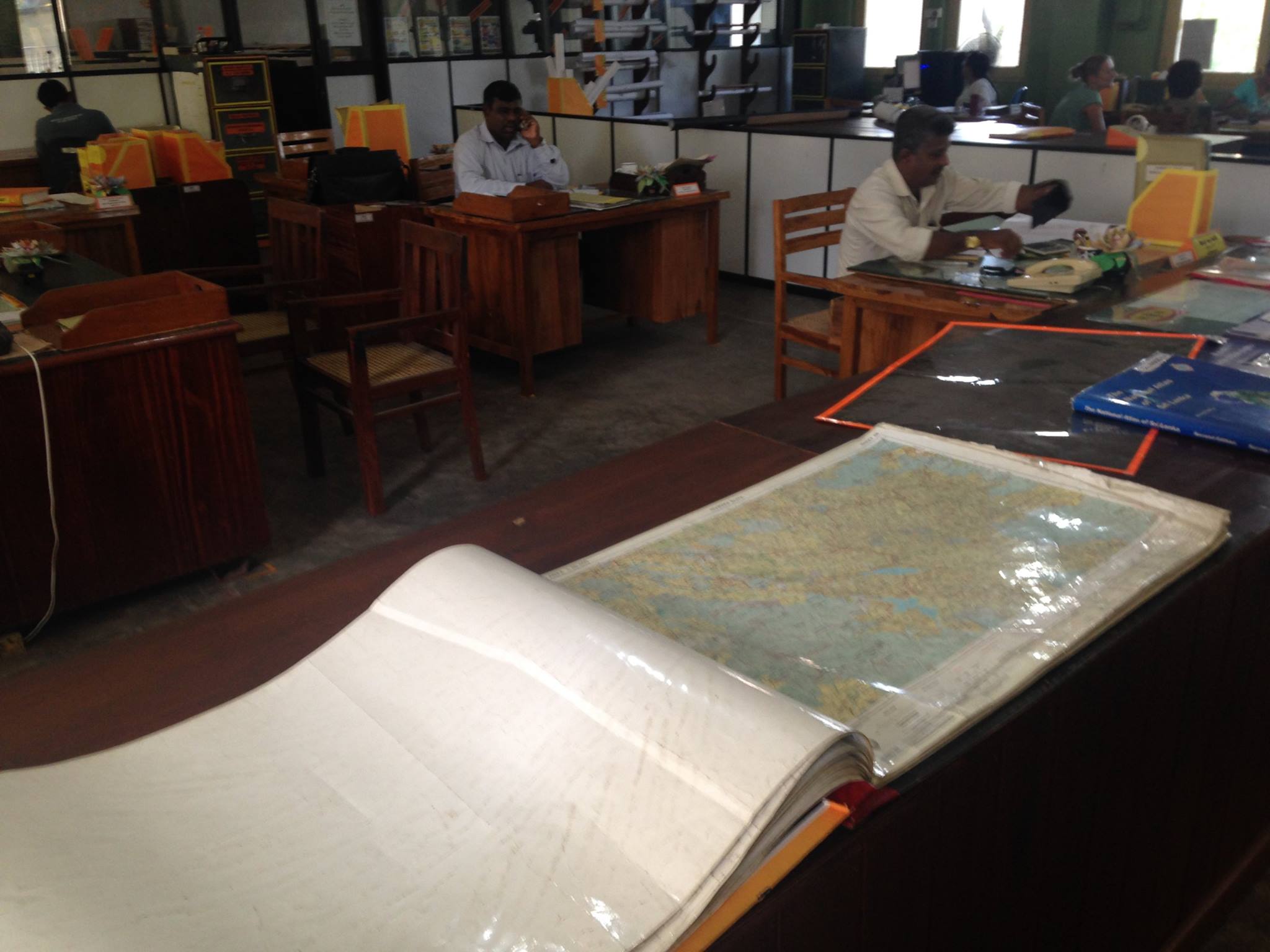 Major and I looked at a map of The Mahaweli and he pointed out a particular section he wanted me to be wary of. A 35km stretch where there would be two large rapids with dense jungle either side, making portaging a nightmare. This would also be the area I would begin seeing crocodiles. “How big do they get?” I tentatively asked. “Oh, eleven, twelve foot plus” he seriously replied. The butterflies in my stomach made me crack a smile. “And, in breeding season, they become very territorial.” He added. I would later check the breeding season to find that it runs from December to February. Great. On a lighter note, he told me that they have been down that section a few times in a convoy of kayaks/rafts and have never had a crocodile approach a boat. “Elephants may be an issue while you are camping” Major continued. “So you must have a fire to keep them away”. This injected joy into my soul, I love a good campfire!

Instead of printing the maps I had on my laptop, Major told me the survey department was just around the corner. A fifteen minute walk, including a bloody stubbed toe, and I was at the source of maps. I felt like a true adventurer as I plotted my route on a huge map pinned the wall, noting down which sections I needed printing. I handed him the list and he returned ten minutes later with eleven fresh maps of The Mahaweli river, in A1 size! I tried to discuss the possibility of getting them smaller, but it wasn’t happening. They just about fitted into my little bag and I wandered off to get them all laminated.

Later in the afternoon, I spoke to Ishan who informed me that in order to get these permissions I needed to have letters from the High Commission and Tourism board. It was 3pm by this time. I hurriedly fired out a few emails and made some phone calls where the language barrier created a brick wall. It was Friday, nothing was going to happen on the weekend and, as luck would have it, Monday and Tuesday were public holidays. I called Ishan “I suggest you delay starting until we can seek permissions on Wednesday”, he told me. My heart sank somewhat. I was so eager to get moving and I knew rainy season was fast approaching...

Winter Water Safety Tips For Paddle Boarders Of All Levels

Regardless of your experience, safety should be a top priority when paddle boarding. Stay safe during the cold months with these winter water safety tips.

Red Paddle Co FAQ - "What Size Paddle Board Do I Need?"

A popular (and very important!) question we get asked regularly at Red Paddle Co is 'what size paddle board do I need?'. Find out in our simple guide.

6 Christmas Activities for Families That Love the Outdoors

Don’t let the cold air stop you this December with outdoor activities perfect for the whole family, specially dedicated to get everyone in the festive spirit.